Quality of Life in European Cities in 2020

The European commission has issued a new report recently on Quality of life in European cities. It is the result of a huge survey through many cities in the European Union, gathering opinions of city inhabitants. The survey covers 83 cities in the EU, the EFTAcountries, the UK, the Western Balkans and Turkey. General conclusions are that quality of life perceived by people living in northern EU cities is higher than in the rest of the Unione. However, it seems that in eastern EU cities quality perceived is improving rapidly. The survey included various fields of inquiries, such as feeling safety, easiness in finding a job, use of public transport, etc. This also implies that according to the different aspects considered, quality of life is also perceived with different results in small, medium and big citites. A new dimension inquired has also been the quality of the city administration and the perceived corruption by citizens.

The report is useful for many objectives in the future, including the identification of priorities for Cohesion Policy investments and possible policy exchanges as part of the Urban Agenda for the EU. The EU Urban Agenda was launched in 2016 with the Pact of Amsterdam. It covers a wide range of issues, including housing, mobility, safety, migration, poverty and air quality.

As written in introduction,

"Cities host 39 % of the EU population. They provide access to many different employment opportunities, better access to public transport, and proximity to many destinations which can facilitate walking and cycling. Cities offer good access to education, innovation and culture thanks to a concentration of universities, research institutes, museums and other cultural venues. Cities also face social and environmental problems, including poverty, high housing costs, discrimination, crime, air pollution and noise. National policies alone cannot solve these issues. Cities also need to design their own policies adapted to their situation to address these issues. Last but not least, cities also need to respond to global challenges, like climate change, and EU wide trends, such as ageing. They have an important role to play in the shift towards a carbon-neutral economy and in becoming more attractive place for theelderly to live."

Other very important features of the survey are the data available here: https://ec.europa.eu/regional_policy/en/information/maps/quality_of_life

But user can also consult all maps and charts available here: https://ec.europa.eu/regional_policy/en/information/maps/quality_of_life

There are also interactive spider graphs have been created for each city showing its performance on 26 keyindicators. They can be accessed and downloaded here: https://ec.europa.eu/regional_policy/en/information/maps/quality_of_life

In this way specif questions can be selected to see them on a map, having a comparison amongo cities. Both maps and charts can be downloaded. 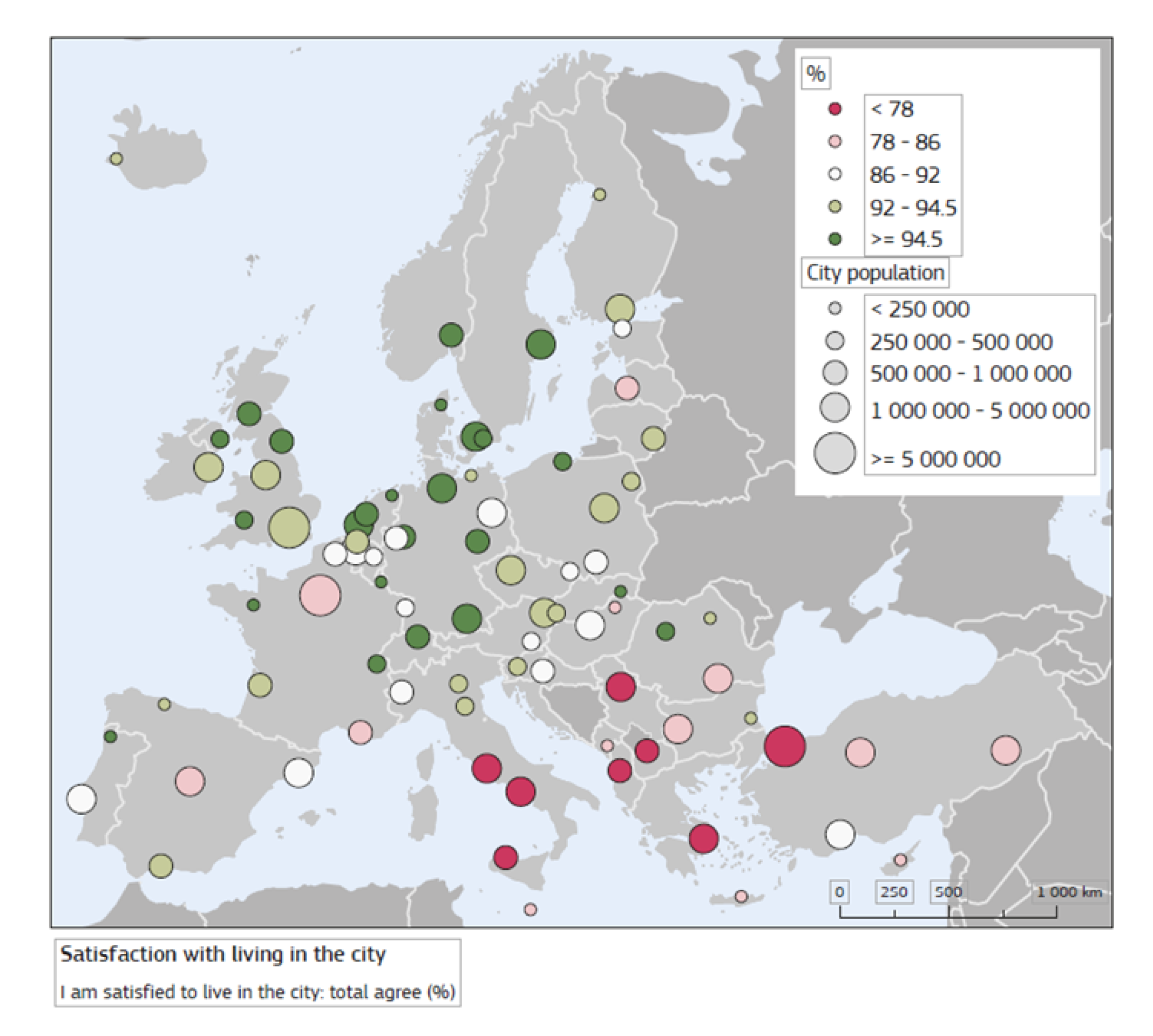 cities development european union survey urban development cohesion funds
21Jan
Digital Innovation Hubs in European Regions: what they are and how they will be funded
20Feb
The New EU Agenda for the Mediterranean Area: Programmes and Objectives
06Mar
The AGRIP Programme: a European Instrument for the promotion of agricultural products
Comments